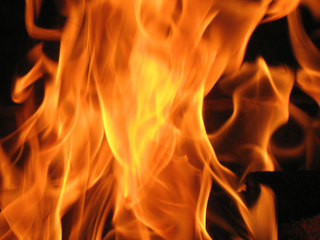 Travis Walker had never seen someone dissolved alive before.

As an Army Ranger he'd observed men shot, stabbed, burned, drowned, garroted, crushed, and blown to flinders, but never collapsing into their primordial components while still fully conscious and aware. Given an option it wasn't something he'd care to experience again. The screams were noteworthy.

But he couldn't give much thought to the way the person in the softly-glowing stasis field was meeting his gruesome end as his focus right now was on the scarred, grinning, balding man slowly bobbing a large, wicked-looking Marine Corps combat knife; Travis wondered where he'd stolen it. His opponent appeared comfortable with the weapon as he made a sudden twisting lunge, going for Travis's midsection.

He parried the thrust with his jacket-wrapped forearm, pleased it had missed his vitals but wincing in pain as he felt the blade skitter along his rib-cage, where it opened a thin, blazing cut. The small knot of frightened observers standing close by on the cold, holiday-decked Baltimore street gasped, but none of them seem inclined to lend a hand.

Fleetingly Travis chided himself to stay on target as he and the killer slowly circled one another like two gladiators, each waiting for a small lapse of judgment—any opening would do—which would spell death for the other. He'd been a civilian for a few years now, presently farming a small homestead but previously putting his hand to whatever tasks required a sharp mind, quick reflexes, and a strong back, and somewhere in a preternaturally calm part of his mind he wondered how he'd ever gotten into this mess. But then again, he knew full well.