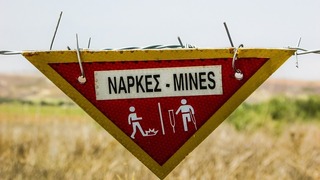 When I was a wee lad of nine, one of the Kentucky State Fair sideshow exhibits that year was called "The Pygmy King and the Deadly Serpents." The poster outside the tent … well, you can imagine. It was probably done by the same Fletcher Hanks-esque artist (look him up; you'll be stunned at his story) who did most of the lurid displays at carnivals across the country. Anyway I begged, wheedled, and generally pestered my folks all afternoon until they finally relented and we went in.

Once inside, instead of dim lights and slithering danger a-plenty, what we found was a bored African-American little person sitting on a wooden stool while he puffed away on a foul brown stogie. As far as the "deadly serpents," he was surrounded by what appeared to be a dozen non-venomous black and king snakes drooping on top of each in such midday summer torpor it was like they'd been shot. And that's when I first realized the first of life's hard lessons: many (if not most) things are not what they're advertised to be.

So it is with marketing. There are a lot firms out there who'll promise you the moon and the asteroid belt … for a fee, of course. Many time what you'll get is a handful of dust, and not the lunar kind.