From bad to verse 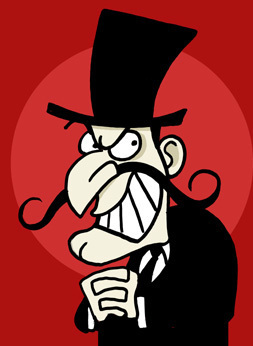 I'm going to address something near and dear to me: scam houses and shady agents, because here is a true and incontrovertible fact: unless someone is already a household name (and maybe not even then), publishers won't come looking for a writer. They don't need to; they already have more on their plates "than they can say grace over," as my Granny used to say.

No, getting an "offer" from a slick talking, pay-to-play yahoo--especially if it's unsolicited-- is worse than useless, because many times it's worded in such a way as to play on a writer's vanity. "Your prose is superb," the mustache-twirling villian crows. "Priceless, they are. Golden. Why waste time with other houses? We'll put you on the fast track to publication."

Why indeed? I'll tell you why. Because at the end, all the scribe will find that's been "fast-tracked" is the emptying of their wallet, and the shame of being rooked.

Another good indicator of a shady operator is their placing of Google ads. Right now I type this, on another site are side-by-side come-ons from two of the worst scammers in the business. One's a supposed "publisher" (actually a reverse-vanity printer who charges on the back end, and offers a contract on literally everything they receive before close of business on a given day). The other's an erstwhile "agent" who's continuing to post his slow winking come-hithers even as the Florida attorney general is squaring him up in her sights. That's indicative of a man in possession of steel balls, utter cluelessness, or hubris on a breathtaking scale.

However you want to put it, these guys deserve a go-around. A big go-around. A serious writer deserves better than a short road to oblivion. "Here there be dragons," and all that.
Be the first to comment