"But mom, they only show just a little blood!" 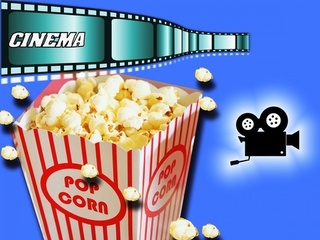 Got to thinking about movies the other day (as is my wont), and the subject of ratings--and their history--floated by. The idea of categorizing films was the late-60s brainchild of one Jack Valenti, then head of the Motion Picture Association of America. It was Jack's plan to come up with a rating system so the studios could begin experimenting with darker and edgier stuff without making families nervous.

When the system was first birthed the order went "G-M-R-X", meaning General Audiences, Mature Audiences, Restricted Audiences ("no children under 17 admitted without a parent or adult guardian"), and X, which is... well, YOWZA. I even remember the radio ads trying to sell the concept to the masses, with a nerdy guy saying "Gimrix? What's Gimrix?," to which a smooth-voiced guy would explain it all. It seemed to work, with the G solidly separating the M ("yes, Junior, you can watch the Disney movie, but not that awful one where everybody gets shot … and no, I'm not taking you to see M*A*S*H! That's R!!").

As I said, the system was perking along fine when suddenly one day the MPAA folks switched from M to GP. Why? No one knows (or will admit to it), but the change really muddied the waters. A lot of people thought the acronym stood for General Patronage  .. which it most assuredly didn't. The confusion was rampant, and within a year the GP was switched to PG (parental guidance) and then in the early 80s with Red Dawn the PG-13 rating was added. And then several years after that a new rating between R and X was added, NC-17 ("no children under 17 admitted" ... at all, one would hope).

Anyway, now you know. Go forth and bloviate at length about the checkered history of the movie ratings system. Impress your friends! Win prizes!