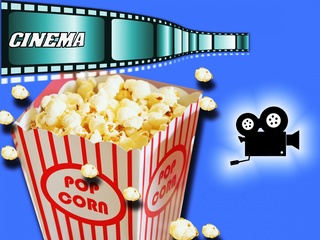 I got to thinking about movies the other day (I do that a lot), and about the market for sequels and remakes. Most films don't require a remake. Citizen Kane comes to mind, as does The Day the Earth Stood Still (although that didn't keep 'em from re-doing it … and failing miserably).

Sequels are bit different. A few movies--like Iron Man, the Mad Max films, and the Lethal Weapon franchise--beg for one, while others such as White Heat, Casablanca, and Red River are perfect in their singularity (yes, I know that's an astronomical term; I'm stealing it anyway).

And then there are the sequels that simply tick me off (I'm talking to YOU, Alien franchise). For me there are only two Alien films: the first one, and Aliens. The third installment ragged me off to no end. I simply didn't buy the fact that Newt and Hicks (and poor old Bishop) were killed of for no earthly (hah!) reason, so in my universe I changed it. Ripley made it back to Earth, she and Hicks got married, and they adopted Newt.

Oh yeah, they're both instructors at Starfleet Academy (I said this is my universe!), and Bishop the android is their wisecracking next-door neighbor.

And Vicki from Small Wonder is Newt's best pal.